An Interview with Jody Hedlund 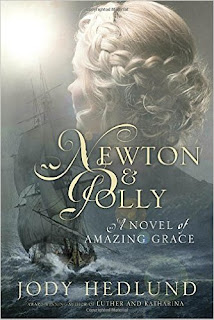 Congratulations, Jody, on the release of your 2nd historical, Newton & Polly: A Novel of Amazing Grace. I not only enjoyed the story, but I learned so much about the man who penned that treasured hymn! I was amazed that you could weave so many facts into such a rich and lovely story.

With a story based on true people and events, how do you
balance fact with fiction?

It’s important to remain true to the facts. However, if that’s all a fiction writer did the book would turn into a biography. The challenge then is to take the facts and craft them into a riveting tale that readers can’t put down. In order to do that, writers often have to add additional plot lines and characters. Since history doesn’t record everything and we weren’t there to see what really happened, writers have the liberty of interpreting the gaps and adding in things that could have occurred.

I always write with this motto: Build the framework with true facts, but then fill in the unknown and decorate the house with enough color and drama to make a good story.

You always do an enormous amount of research for each of your historicals. What was your research process like for Newton and Polly?


The first part of my research process for Newton and Polly involved reading as many biographies about John Newton that I could find. The one I found to be the most accurate and helpful was called, John Newton From Disgrace to Amazing Grace by Jonathan Aitken.


Another book I found especially helpful was John Newton’s autobiography, Out of the Depths. His accounts are both insightful and inspiring.


After learning as much as I could about both Newton and Polly including their backgrounds and personalities, I then researched the historical context of the story—the political and social climate, the war with France, the slavery issues, pirating, smuggling, impressment, and all the other issues common to the mid-1700’s.

What was the hardest part about the research?

Once I’d gained an understanding of the bigger picture, I familiarized myself with the smaller details such as clothing, food, homes, and everything else that I could learn about Georgian England. This micro-level research is usually the hardest for me. I want to be as accurate as possible in every detail from what hairstyles the women had to the clothing the sailors wore. But it’s not always easy to locate all the information I need.


Editing is an important aspect of making any story better. How much editing did you have to do for Newton and Polly?

I agree. Editing is critically important for every book whether it’s a writers first book or fifteenth.  Like all my books, Newton and Polly went through a rigorous amount of editing.


The first level of editing I receive on any book is called the content or macro edits. For Newton and Polly, the macro edits were especially brutal. I had to do a lot of rewriting to make the story more focused. Although the story is inherently a romance, I’d gotten a little too carried away with the romance in the first part and had to go back and tone it down.


The second level of editing is called the line edit, which is done by a different editor so that a fresh pair of eyes can view the story. For Newton and Polly, my new editor not only gave me work line by line, but also gave me additional work to do on the content.


Of course, the book went through a couple more edits after that before being ready for publication. All in all, the editing process of Newton and Polly was very intense and took a lot of time!

Speaking of time, about how long does it take you to write a book?


My writing pace varies from project to project. My historical fiction (like Luther and Katharina and Newton and Polly) generally are much more time-consuming to write than my other books. They require weeks and weeks of concentrated research simply because they are so much more complicated. Not only does the researching take longer, but the writing does too because I have to stop and do additional research.


On average, I’d say that my historicals take me about 5 months including the research, first draft, and then self-editing. Obviously, once I'm done and turn it into my publisher, there's still a lot more work that goes into getting the book ready for publication. But my first draft process usually encompasses about five months.

Newton and Polly is your 14th published book! Has the process of writing become any easier?


On one level my writing muscles are incredibly strong, and I feel that I’m writing better now than ever.


On another level, Newton and Polly was the hardest book I’ve ever written. Not only was the unfamiliar setting and time period challenging, but the story itself posed issues, especially with the large gaps in time. I couldn’t include everything or the book would have been hundreds of pages long. So I had to decide what to leave out and then how to summarize the passing of time.


The story was also challenging on a personal level. I went through a period of spiritual rebellion during my youth, and so the story dredged up feelings regarding that. Now as a mother of a prodigal son, I found that writing about Newton’s rejection of God and his estranged relationship with his father took on a much more personal meaning.

I can really relate to that. I went through my own long period of spiritual rebellion, and now am dealing with it as a grandparent.


Newton was a prodigal son. He was estranged from his family during his rebellious years, but later made peace with his father. What hope does Newton and Polly offer to parents dealing with children who have left the faith?

As a one-time prodigal child now experiencing a rebellious child of my own, I take a great amount of comfort in Newton’s story. First, I revel in the knowledge that God can take our mistakes, turn them around, and use them for His plans and purposes.

Second, I take comfort in Newton’s story because it reminds me that no matter how far our children stray into sin or even atheism like Newton, that they are never beyond the reach of God. We as parents need to do our job planting seeds, praying, and encouraging our children in what’s right. But ultimately God is the one who woos and wins our children to Himself.


From a human perspective, Newton looked hopelessly lost, especially as the years began to pass without any sign of change. But we as parents can find solace in knowing that through all of the pain and heartache, God has not abandoned us or our child. He’s there and His plans are at work, even when we can’t see them.


Amen! I take comfort in knowing that God is still wooing my grandchildren.

For the wanna-be-published-someday writers who read my blog, what stands out in your mind about what has made you grow the most as a writer?

If I had to narrow down one specific thing that has helped the most in my quest for publication, I’d have to say this: My careful, ongoing, and thorough study and practice of writing techniques has been the single most beneficial aspect of my writing career.

In other words, I read writing craft books, studied fiction-writing basics, and then put what I learned into practice. All the studying and writing has been the number one thing to help me in my writing career.


And what a career it's been! The Preacher’s Bride debuted in 2010, became a CBA bestseller, and won multiple awards. January 2015, you ventured into YA with the release of a prequel novella—The Vow— and followed that with two full-length novels.  And in October, you released your first historical, Luther and Katharina.

What can we look forward to next in your publication schedule?


In January of 2017, readers can look forward to the 5th and final book in my Beacons of Hope lighthouse series! Be looking for a cover reveal soon!


Then in March of 2017, my third young adult book, For Love and Honor releases. This book spotlights the third knight in the series, Sir Bennet and tells how he finds his one true love.

My, you have been busy! I loved the Beacons of Hope series. I'm glad you decided to write one last book for that series. And I can't wait to read Sir Bennet's story! Your journey into YA has been quite enjoyable for even your "seasoned" readers. I can't wait to find out what you new series will be.

Thank you for letting your readers have a behind-the-scenes peek at your writing career. 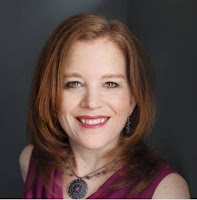 Jody Hedlund is a best-selling and award-winning author who loves history and happily-ever-afters. She makes her home in Midland, MI with her husband and five children. When she's not writing another of her page-turning stories, you can usually find her sipping coffee, eating chocolate, and reading.