Lots of folks around here still get nervous when the storm clouds roll in.
In my adult life, Xenia has been hit twice by devastating tornadoes.
It is best known for the one that flattened the town in 1974.
Fortunately, there were also many miracles that day.
I was not living here during the 1974 storm.
I did live close enough to know very well.
I was around for the other.
I experienced my first tornado when I was around seven or eight, maybe.
We were camping along the Ohio River.
Boating, skiing.
Mom said a storm was coming.
Go to the shower house and change.
My brothers went their way.
I went mine.
I walked from the bath house toward our campsite.
WOW!
No fear...
What was happening?
I remember standing with my arms hanging limp,
eyes skyward,
watching the big oaks float up.
The wind was loud.
I was mesmerized.
I woke up from my dream.
I was wet and my head hurt.
My mother was screaming that someone was dead!
Gotta get up.
It's raining.
The tree resting beside me was huge!
I was nestled up under it's curvature.
Safe in it's arms.
My head was warm now.
The storm disappeared as quickly as it had arrived.
Half the camp was untouched.
I still wear the scar.
0 0
___
A couple of days ago, we had a touch down a few miles south.
As much as I don't wish a tornado to appear,
I'm still drawn to the mixing storm clouds.
I could have stood there and shot all morning,
had the rain not come...
But it did.
So I shall write. 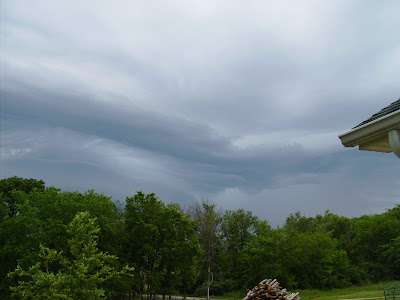 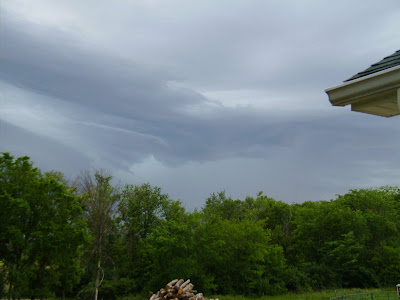 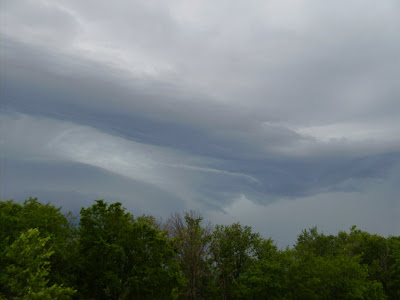 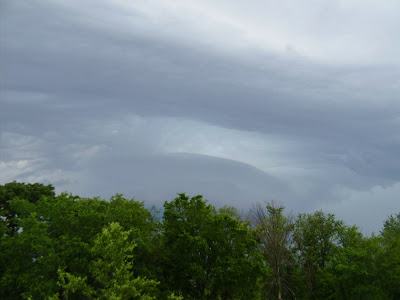 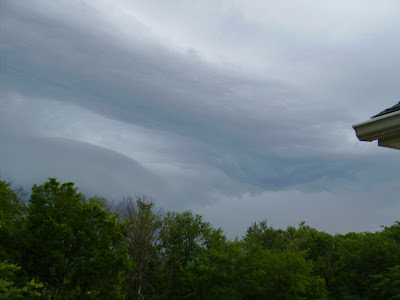 It is amazing the power of nature and how it influences even our moods.

I sure remember the tornados that came through Goshen, Indiana and the mantra: close the windows to the south and west, open the ones to the north and east one inch (supposedly to keep the house from exploding) go to the basement and get under the workbench in the south west corner and don't come out! One did take down our TV antenna tower of 55" and an ancient tree or two as it hopped over our neighborhood.

I grew up in Georgia and it has it's share of tornados but I have never been that close. I do have very early memories of the destruction afterwards. I also remember driving and watching one form and touch down, it flattened my grandmother's house. No one was injured.

Tornados here are rare but we have very high winds at times. The power of nature can be overwhelming.

The photos are so beautiful.

HERE it's just dust storms and gusty winds.YOU give us a first hand report and lovely pics.Nature can bring everything down in a moment...amazing.
Thanks for your sweet comments and yes,i'd love to send you a lantern.

I don't understand my draw to the storms. I should fear them. Guess it really did let my brains leak out... just like my brothers said!

Charmine - I think here the lanterns would blow away!

Holy crappola.... that was an amazing story/experience you had with a tornado! They scare the pee-wad outta me. (hmmmmm what's a pee-wad.... one of those weird expressions you hear someone say then repeat it....)anyway... I am grateful for sirens/warnings for tornadoes. In CA you never get a warning for an earthquake. Gulp... My son and I (and the wiener dog)used to stay for hours in the basement when we 1st moved here to OH after we'd hear a tornado siren. Someone finally told us to take a radio down there so we'd know when to go back upstairs. LOL