Life After by Katie Ganshert – A Review 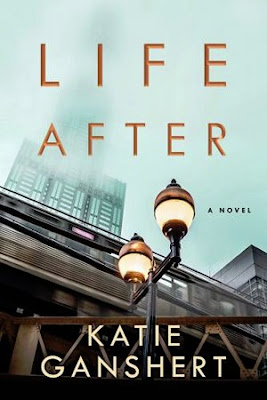 "22 Lives Lost.
One Survivor.
It could have been anyone.
Why her?"

Autumn Manning is far beyond survivor’s guilt. Her whole life’s purpose has become an obsession with the twenty-two passengers who lost their lives a year ago—the day a bomb blasted through the “L” train she boarded in Chicago. With no husband or children to need her, why did God choose to spare only her? And why was Autumn even aboard the late train? When she awakens in the hospital, she has no memory of the blast or the immediate hours before the disaster, nor does she know the reason she was even on that late train. Will Autumn be able to fill in the blanks and make sense of the situation?

As the one-year anniversary of Tragedy on the Tracks approaches, Autumn contacts a family member of one of the victims. That one regrettable action opens a Pandora’s box of emotions and events as grieving souls try to move forward with their lives.

Family members want their loved ones to be remembered—all but one. Paul Elliott wants to shield his children and safeguard his career and let the past stay in the past.

Such tragedies bring some closer to God, while others turn their backs to Him. Will Autumn and Paul be able to restore their weakened faith and return to a fulfilling life among the living?

This book has been on my want-to-read list since before it was released in April of 2017. I hadn’t got to it yet, so I’m glad it popped up on NetGalley’s site.

I’ve read a half-dozen of Ganshert’s books, so I expected good writing. I wasn’t disappointed. Kudos to the editors. The story moved along at a good pace. Ganshert did a great job of getting me into the characters heads, filling me with compassion for them. I wanted to read it straight through.

This book gives an authentic glimpse into PTSD and survivor’s guilt. You walk with the characters as they battle the demons birthed the day of the disaster. You cheer for them as they baby-step away from the chains that have bound them since that fateful day. You cry for joy as Autumn achieves each little success.

NO SPOILERS: The ending of the story was perfect. Not the happily-ever-after of a romance, but it’s oozing with hope and healing. This story has a very strong inspirational thread and rates a zero on the blush factor. A perfect read for a teen or her grandmother.

I give this book FIVE stars because that’s the max.

I received a complimentary copy of this book from
WaterBrook & Multnomah via NetGalley.
Opinions expressed in this review are completely my own.

Posted by Lillian Robinson on December 11, 2018